Hot dog! We got a whale of a banned and restricted announcement. As we expected from the live-journal, Oko, Thief of Crowns got the axe in Modern, but he wasn’t the only one. The full list of bans is as follows: 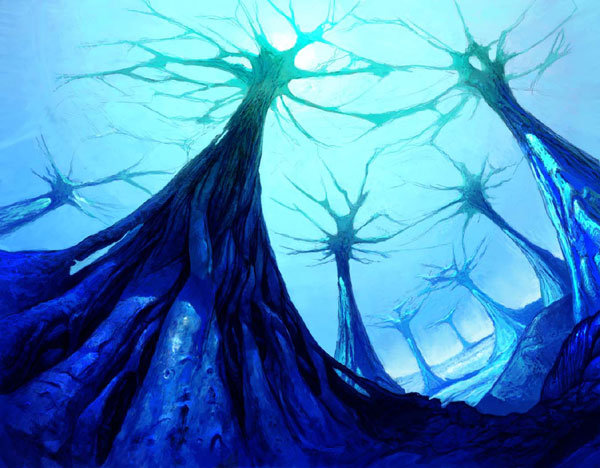 Two of these were on our watch list, so kudos to us for keeping our finger on the pulse of things. I’ll admit, Mycosyth Lattice was a complete surprise for me but I’m not sad about it. This will impact the price of Karn the Great Creator. Here are the current numbers for Karn:

The other three cards which were on our list, but did not get banned were:

I expected Wizards to take something from the Titan decks along with the Oko ban, but it looks like they want the meta to shake out first. So, let’s take a look at what this new metagame might look like. Here are some archetypes that I expect to persist despite the bans, and some of these could become new front runners in the meta.

Amulet Titan/Titan Shift – These decks were already tier-one before the bans, and I don’t expect that to change. They didn’t lose anything, and they may even be gaining some tools from Theros Beyond death, like this guy.

Urza Variants – These decks lose Oko, and Mox Opal! Is Urza strong enough to carry the archetype without these? The answer is yes. I’m not sure if the deck will be tier-one, but Arcum’s Astrolabe is still a heck of a card! The fact that these decks were already trending to the slower side of things with Oko, and some even running Cryptic Command loops, I don’t expect the loss of Opal to decommission this archetype.

Death’s Shadow – Dylan Donegan just posted a list of his take on this for the new Meta. The fact that this is the first place he went to after the banning says a lot. I respect him as a player and meta reader.

Eldrazi Tron – I’m not sure if this deck is still good in the new meta since it lost the Karn / Lattice lock. Thankfully, Seth Mansfield has some thoughts on this in his TCG Player article.

“I expect both big Tron and Eldrazi Tron to be able to adapt. They may simply cut Karn, the Great Creator, as shutting down opposing artifacts may be a bit less relevant without Mox Opal in the format, and the best tutor target is now gone. Remember that these decks were still relevant before the printing of Karn, the Great Creator. I do think the loss of Mycosynth Lattice hurts Eldrazi Tron a bit more though.”

Stoneblade – The current iteration of this is the Bant Snowblade variant, which loses Oko, Thief of Crowns, but Stoneforge Mystic is still incredibly powerful, and I expect to see some version of this deck to emerge in the new meta.

Dredge – This is my dark horse pick to rise the tier ranks in Modern. It recently won a Modern Challenge piloted by dredge master Sodeq. This archetype has suffered so many bans, but still finds a way. 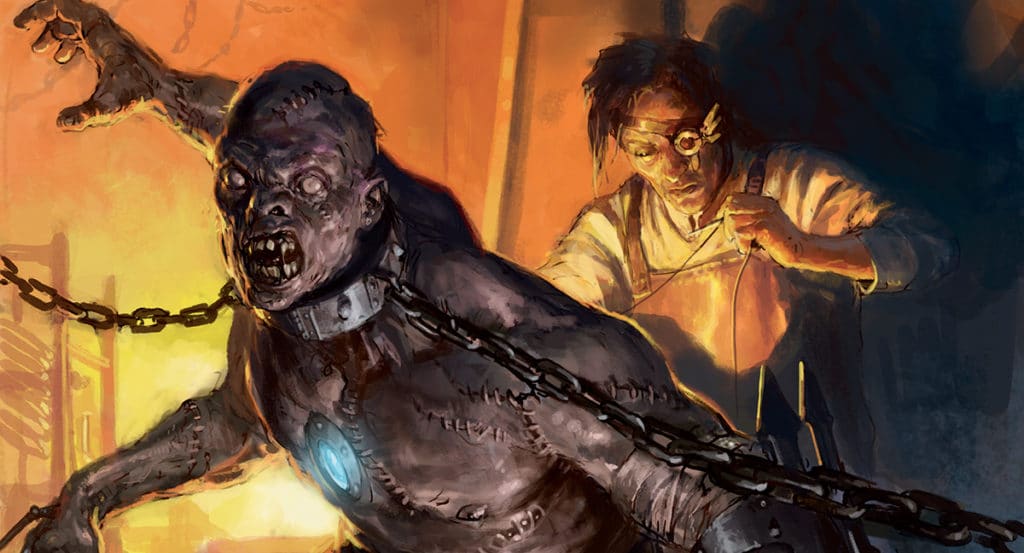 Based on this new meta, I would keep an eye on this list of cards. These may appreciate in price as the meta starts to take form.

Besides the above cards, I’m really interested to see how some of these Modern Horizons cards perform in the meta. Many of these have homes in decks that are not always in the forefront of the meta, but that can be powerful. I’m thinking of things like Mardu Pyromancer, or Devoted Druid Combo, ect.

Before I take off, I would be remiss if I did not mention the deck that Aaron Barich took down the SCG Modern open with. This might actually find a place in the new meta! 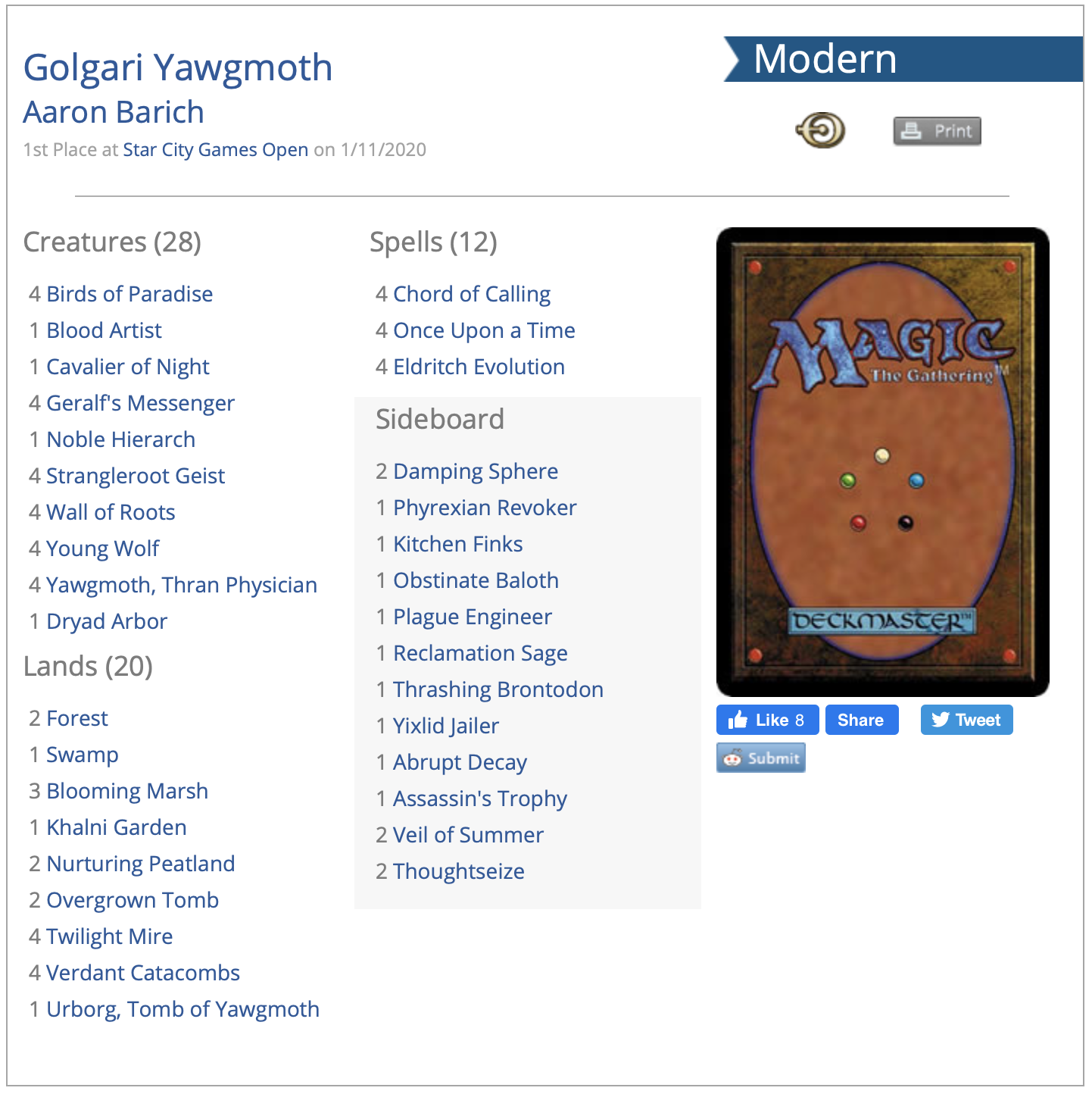 I hope this post has been helpful. If you have questions, please feel free to hit me up in the comments or on the Discord server. Thank you for reading!